Do you like to read fairy tales? Join us on an incredible journey!

The myth from the Schlössl in the Alps

How Johannes became the happiest person in the world, saved a princess and how he makes many animals and people happy today. This is what the legend tells us.

Many years ago, on a farm in a small mountain village in Salzburger Land, there lived a hardworking boy called Johannes, who worked year in, year out, from dawn to dusk, to avoid the wrath of his domineering and strict father. His brothers had long gone off into the wide world and therefore he got up day after day before the sun rose and worked hard without any pay until night fall and carried out his daily chores. Just like every year in the spring, Johannes had to bring the cows and the calves of his father alone up to the Heukareck. There he watched over the cows over the whole summer and produced butter and cheese so that he did not have to go hungry the next winter.

Due to the fact that that Johannes liked talking to the animals, he could sympathetically get the whole herd to the mountain pastures just below the peak, healthy and uninjured. One night – the last night before he was due to bring the cows back down, there was a terrible storm. It rained, as if the devil had turned on all the floodgates himself. Torrential streams and tumbling rocks bounced off the steep stone wall faces and the deafening thunder and lightning drove fear into everyone. When the lightning struck, Johannes could see the cattle running away in every direction. What should he do? But before the day broke and before the storm had passed, Johannes went and looked for his herd. He was very attached to the animals and wanted to get them to safety. He had to bring all the calves back down to the valley in one piece and find them again! Moreover, he could feel the pressure of his father’s anger.

He crossed saturated fields and ran through thick forests, fought through thick undergrowth and over steep rock faces, which scaled down to the Liechtensteinklamm gorge. In his confusion, he ventured up to the Gernkogel, up to the Geisterberg, where still today it should be a bit spooky and where many earth ghosts, fire ghosts, water ghosts and air ghosts are and where they float about in their dreadful state of affairs. The brave fairies brought him to the ghost castle in one piece, thank goodness. But no calf could be seen anywhere and he cried bitter tears. He carried on, stumbling exhaustedly and tired. Suddenly he saw something lying on the floor in the distance. He got his hopes up that maybe he had found a calf. He slowly got closer and then realised that it was a deer. It seemed to be injured, because it did not try and escape. He took very slow steps to get close to this very shy creature. He realised how hungry and thirsty the deer was, as he himself was, and what is more that the deer had injured one of its legs. In order to calm the animal down, he spoke very softly and quietly to it. Johannes could do nothing else, but to take the deer with him.

He knew that if he left it lying there alone that it would die. The deer was very thankful to the boy and let itself be helped. So, he put the deer on his back with the last of his strength and carried on, on his way down the mountain. If he had to leave the cows and calves fates in the hands of the Gods, then the least that he could do was to rescue the deer. After some time, he came to a clearing, in the middle of which was a wooden well with flowing water. He felt a little bit of confidence returning. At last he could give the deer something to drink. First of all, he took care of the injured animal and carefully laid her on the ground and gave it some water out of the well to drink. As the deer started to drink out of Johannes‘ hands, a miracle happened: It turned itself into a beautiful girl with long, soft wavy blond hair and big, dark eyes, which reminded him of the deer. "Thank you for saving me", she said. Johannes stood up in front of the girl, using the last of his strength and could hardly believe his eyes.

He asked her, if everything was a dream, but the pain in his body reminded him that it must be true. "I am a princess. A dark old magician enchanted me", explained the girl to him. "He played a bad trick on me in order to take all my beauty and my money. But it did not work out for him. Out of anger and not believing in the good of people, he cursed me, so that only somebody with a true heart and love could save me." Johannes listened to every word, and could not believe it. He should really be so special, so that he could save a princess? The princess kissed him to show her thanks and that was when it happened for both of them. They knew that it was true love, and that was why they had to endure so many burdens and troubles. It was meant to be, that they should find each other.

The farmer’s son and the princess decided there and then, that no one should ever go hungry or thirsty at this special place by this well. On this special spot at the foot of the Salzburger mountains, they built themselves a home, a small castle in the middle of the Alps. Everyone was welcome in this castle and people on their travels could stay there, in order to recuperate and to re-energise. Of course, all animals were taken care of. In the winter a haybox was built on the edge of the forest for the deer and for all animals which lived in the woods. A small bird house was also put up so that the birds could refresh themselves. Also, in summer, the animals enjoyed many special moments with the little visitors and travellers. From now on the story is told about this magnificent castle and this magical place, where small adventurers can experience unspeakable stories and where tired heroes can once again discover the sparkle of the sun. Here, the people are enchanted and the travellers taken in, so that they can recuperate from the pressure of everyday life and their worries. 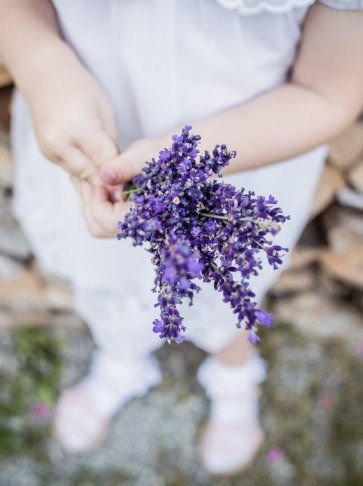 The description of the next image is:.

Title of next image

You are currently in this document

You are currently on the subpage of this link